Champagne Krug’s storied past is linked to music; every year, they invite a musician to “express the succession through music creations”.This year, the collaboration reached new heights with Oscar-winner Ryuichi Sakamoto’s soulful rendition of the 2008 vintage. 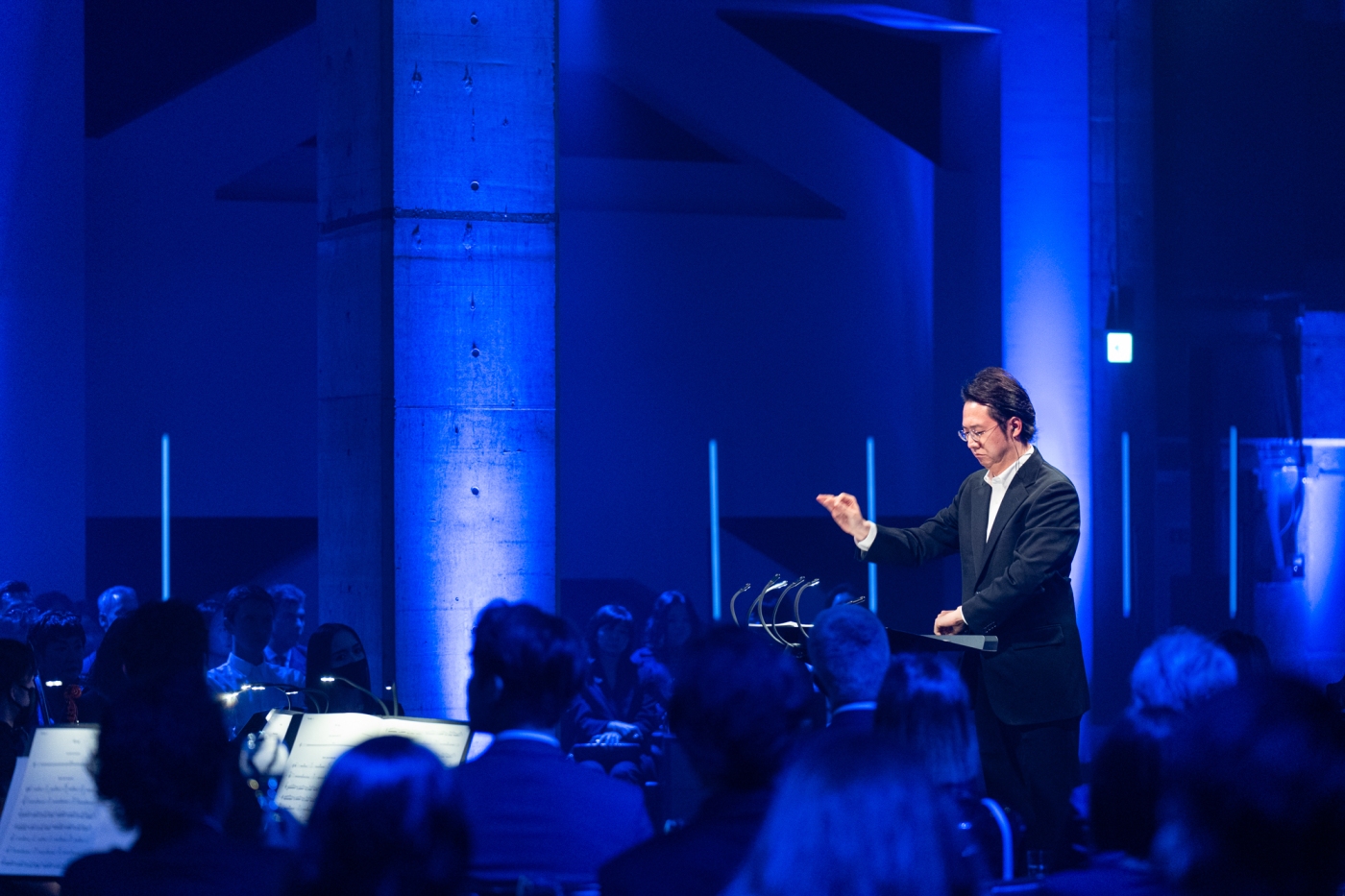 Sakamoto, a celebrated composer, and artist is renowned for his original score for The Last Emperor (1987) for which he won an Oscar, a Golden Globe and a Grammy award. Over his 44-year prolific career, he has composed musical scores for numerous movies and operas and won multiple awards, including The Letter of Order and Arts from France.

The symphony is inspired by three Krug bottlings originating from the exceptional 2008 vintage – 2008 Krug Clos de Mesnil, Krug 2008 and Krug Grand Cuvée 164th edition (based on the 2008 vintage). After enchanting audiences in New York and London, the final concert took place in Tokyo, Japan. 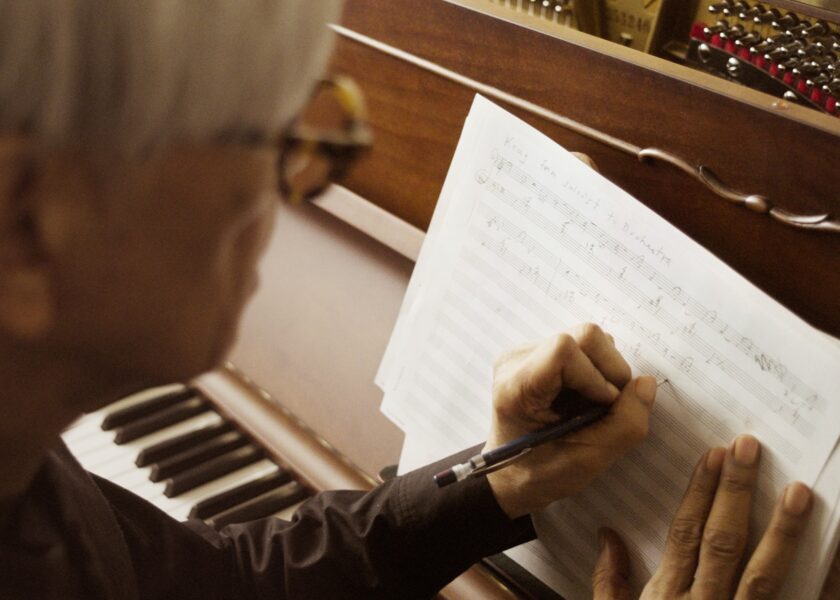 Performed live at the Terrada warehouse in Tokyo, the symphony was conducted by a 36-piece orchestra hand-picked by Ryuichi Sakamoto, who was expected to lead the Tokyo performance. Unfortunately, as he is battling cancer and undergoing treatment, his health did not allow him to come.

Krug 170eme edition was on the pour as guests flowed in from key Asian markets. In the absence of the composer himself, the hall was decked with photos and screens of Ryuichi Sakamoto in the process of composition and larger-than-life slick artistic bottle imagery of Krug 2008.

In attendance were Krug’s president, Manuel Reman, and director Olivier Krug, who welcomed the guests and introduced the maison’s long-term commitment to music.

“Champagne aims to offer the most pleasurable experience”, said Krug. “And it’s difficult to talk about pleasure without talking about music.”

Tokyo holds a special place for him. It was a place where he started his career in the early 1990s when the country did not sell any Krug. Today, Japan is Krug’s number one market.

“Julie Cavill, our cellar master, loves to compare her craft with the work of a conductor. She likes to compare wines with musicians. She will even tell you that every year her job is to audition many musicians to create some beautiful music.”

On the significance of the outstanding vintage 2008, Olivier Krug elaborated, “This is the perfect year. The year that ticked all the boxes – all the criteria of quality were present. We had the finesse, the intensity, the elegance, we had the freshness, and yet, we had the charisma. We were extremely honoured when three years ago, Sakamoto San agreed to embark with us on this musical journey.” 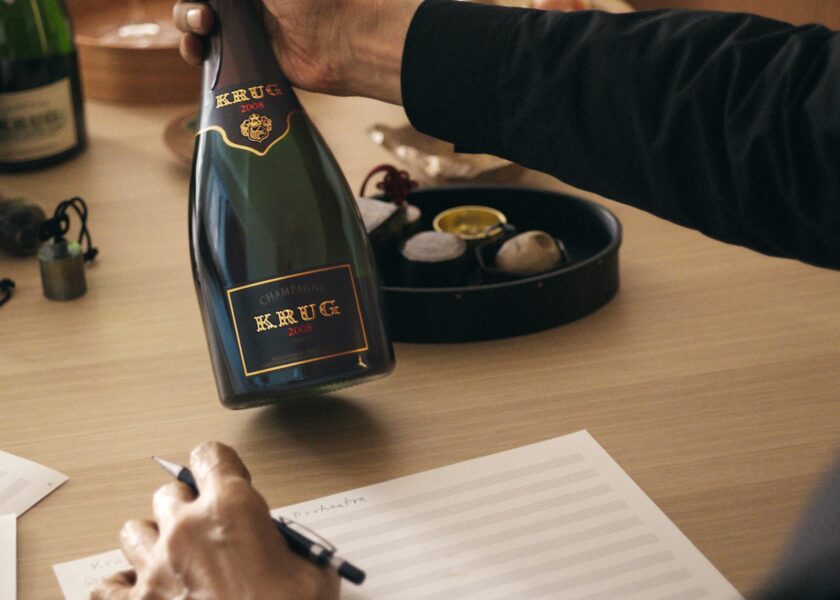 Over three years (interrupted by Covid and Ryuichi’s illness), Sakamoto and his team met chef de cave Julie Cavill at the Krug’s vineyards in Reims, France, later via video calls, to understand the creation of Krug champagne.

When Sakamoto couldn’t travel, the team recorded the sounds and silences of the cellars and vineyards to inspire the music.

Sakamoto shared his thoughts through a press release: “It is well said that we are ‘touched by music’. I deeply believe in the sensory power of music which provokes emotions in us. At Krug, it is the opposite: the Champagne is palpable in your glass and also provokes emotions. I like the idea that Krug wants people to listen to its Champagnes. I listened to Krug’s Champagne, and it led me to where I should land musically.” 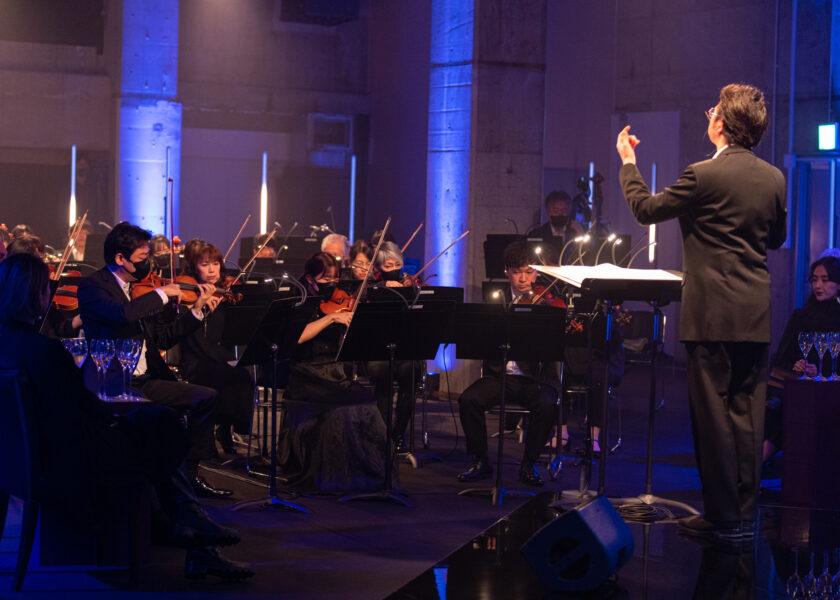 The music was created in three movements, each representing a champagne from the 2008 vintage.

The first movement – The Soloist – expresses the birth of the exceptional Clos de Mesnil 2008, produced only in exceptional vintages. It is made from a single plot, single grape and a single-year expression and is one of the most exalted Champagnes in the world.

Sakamoto delivered a pure, pensive piece and said: “A piano solo was an obvious choice, but when I considered the system of natural exchanges that give birth to this Champagne, I wanted to add another voice and accents supporting the solo piano.”

The second movement celebrates Krug 2008 vintage expression, where different grand cru plots and grapes from the 2008 vintage come into the mix. The wine was dubbed “Classic Beauty” by the maison, for its elegance and poise.

“For this balanced and elegant Champagne, I chose an ensemble of violins, cellos, and other stringed instruments but also added woodwinds for depth,” said Sakamoto. The music mimics the champagne, in that it is equally elegant and poised.

The full orchestra comes together in the third movement to express the multi-vintage Krug 164th edition’s generosity. The multi-vintage is based around the 2008 vintage and is an exuberant blend of 120 wines, from more than 10 different years.

“I actually composed this third movement first as it best expressed the raison d’etre of Krug,” Sakamoto shared. “To translate into sound the most generous expression of Champagne, I was on a quest for harmony, intensity, and generosity from multiple sounds, both instrumental and electronic.”

Krug Champagnes are available at The Moomba Wine Shop. The symphony is available on Krug’s website, Spotify, and Apple Music. 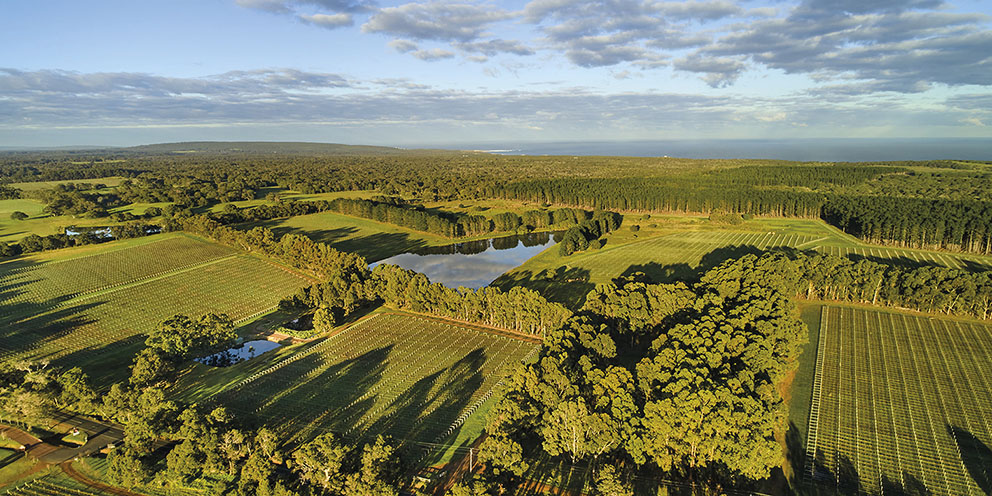