You’ll be having massive food cravings as you feast your eyes on these amazing documentaries dedicated to the love of food (and drink).

A Year in Champagne
The premise is this: a year spent in France’s gorgeous champagne country examining the people, vines, and lives of winemakers. Segmented into seasons to cover a full year-long cycle in winemaking, director and producer David Kennard focuses on the winemakers and their struggles, and triumphs. Explore six different Champagne houses, from independent makers like Champagne Saint-Charmant, to the illustrious house of Gosset, the oldest producer of Champagne. Perfect for a quiet night in with, of course, a glass of bubbly, cheese and your loved ones. Available on iTunes.

Chef’s Table
THE food documentary-series to end all food series. With stunning visuals and thoughtful interviews with top chefs across the globe such as Massimo Bottura, Christina Tosi and Gaggan Anand, Netflix’s Emmy-nominated series is a must-watch. Created by David Gelb of “Jiro Meets Sushi” fame, the show is now in its fourth season. Each episode focuses on one chef and their restaurant, cuisine and cooking philosophy. There’s even a four-episode spin-off series titled Chef’s Table: France with Alain Passard and Michel Troisgois. Available on Netflix Singapore.

Vegucated
This 2011 documentary follows three New Yorkers as they work on removing animal products from their diets and converting to veganism. It documents the struggles they experience finding and cooking their new cuisines, especially as meat and cheese lovers. This 76 minutes film takes us on a journey where we see the resistance and doubt that people experience when converting to a plant-based diet. Spoiler alert: Available on iTunes.

For Grace
For Grace explores the idea of how far passion will lead you together with Chicago chef Curtis Duffy, chef-owner of Grace. The 120 minutes documentary follows Duffy who is recovering from a bitter divorce stemming from his focus on his restaurant (leaving his daughter in his ex wife’s care) and rebuilding his career by opening Grace, which later earned three Michelin-stars. This film offers a glimpse into the hectic and crazy life of Duffy as he tries to create the perfect dish for his diners, while revisiting his earlier years and showing the effect of cooking on his life. While Duffy left Grace in December last year due to disputes with the restaurant’s owner and Grace has since closed down, it is still worth a watch. Available on Netflix Singapore.

Food Matters
While this won’t make you hungry, it will leave you thinking about what you eat. Producer-directors James Colquhoun and Laurentine ten Bosch encapsulate the importance of food as medicine even with the abundance of technology and advancements in medicine in 180 minutes. An educational, entertaining and informative documentary that will bring a family together with a new sense of understanding and most likely, inspiration to adopt a clean eating lifestyle with more value placed on the foods you choose to consume. Available on iTunes. Save the world. Start with coffee. 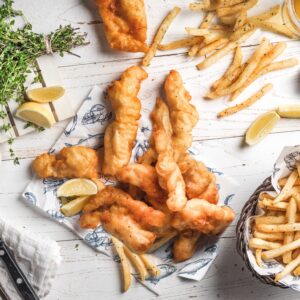