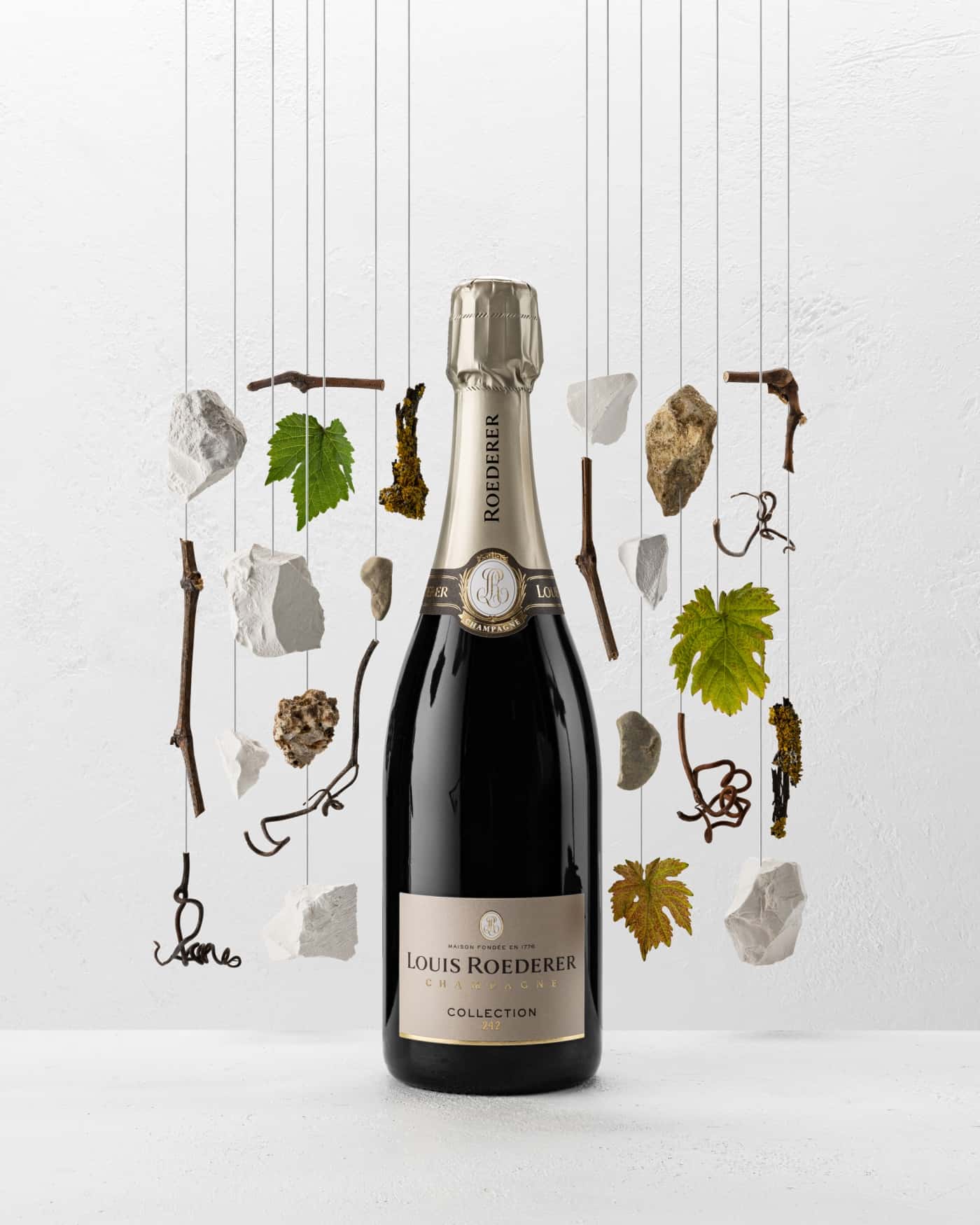 In the new Louis Roederer, Collection 242, the talented cellar master Jean Baptiste Lécallion has created a multi-vintage wine with “the same versatility, the same complexities as a vintage champagne.”

Collection 242 replaces Roederer’s Brut premier NV, one of the finest NV champagnes on the market and a key asset in the Roederer stable since 1986. He claims the new series is more Roederer than Brut premier was.

The new series heralds in a quiet revolution, a game-changer that will alter the blueprint for non-vintage champagne as we know it.

The vagaries of climate change

The gears started to shift in the 2002 vintage, which delivered optimally ripe grapes. Lécallion talked about his frustration when they had to dial down the quality of the cuvée that year to keep it consistent with the house style.

The fight for ripeness is almost over, and the attention shifted to crafting terroir-driven wines. To further augment the quality of grapes and the soils, the cellar master turned his attention to viticulture. “We have changed our farming quite dramatically since 1990. We are going for more sustainable farming, deep-rooted vines and organic farming practices,” he said.

Lécallion identified plots of land from the Roederer stable and drew up new relationships from contract farmers, coaxing them into sustainable viticulture. Each plot is vinified separately to highlight the terroir. While he did not insist on 100 percent organic farming, he stressed respecting the soil. “We don’t want to say we are organic, so we are better. We are better because we are better,” he continued. 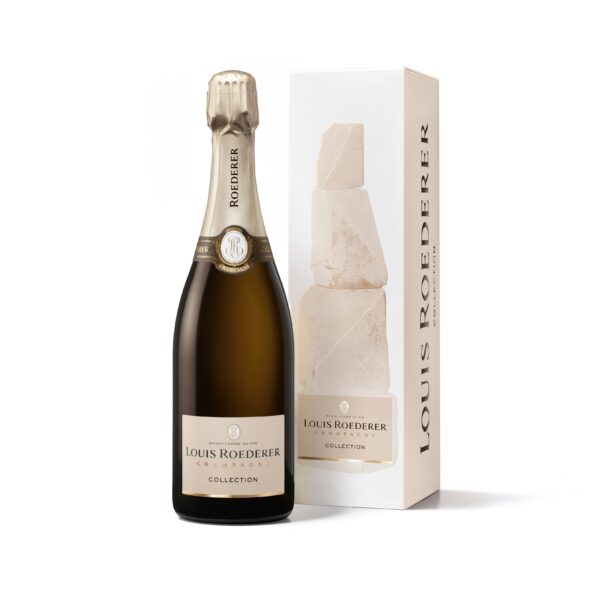 Brut Premier follows the non-vintage house style widely practised in Champagne. It is a melange of the most recent harvest and an indeterminate proportion of reserve wines which adds body and maturity to a base wine that wasn’t always ripe. The purpose of reserves was to correct the vintage variance and produce a house style that effectively eliminated any vintage characteristics.

The new style identifies with vintage and celebrates it. The Collection is a sum of its parts where the recent vintage contributes freshness; a new reserve cuvée called la reserve perpetuelle lends body; the reserve wines (in this case oaked) add complexity and roundness.

Lécallion new formula allows him “freedom in blending”. Future editions of the Collection will be crafted from these three components in varying measures which reflect the vintage instead of seeking consistency of a house style. The 242 is based on the 2017 vintage, the 242nd vintage since the house was formed.

The perpetual reserve is the new player in the mix.  At chez Roederer, it is a collection of relatively new wines from 2012–2016 vintages. Instead of taking up separate tanks, the wines are aged together in a reductive environment, without any malolactic fermentation to preserve the acidity. It works like a solera system, where the current vintage wines replenish the tank every year.

And how does it taste? Complex and fresh, the 242 stands on its own. While Brut Premier benefited from a few years of bottle age, 242 is approachable now. It opens with nutty touches of hazelnut, apricot, and lemon skin. The fruit shows ripeness, the mousse elegance, and the finish lasts with brushes of salinity.

The back label demystifies the cuvée with details of the recent vintage and the reserve perpetuelle. The QR code reveals more to geeks and enthusiasts alike.

In a region steeped in tradition and mystery, Lécallion says 21st-century winemaking is all about purity of fruit and transparency. With the launch of 242, the house of Louis Roederer is well on its way to achieving both.

Louis Roederer Collection 242 will be released in Singapore in November this year for $75++ and available on www.grandvin.com.sg 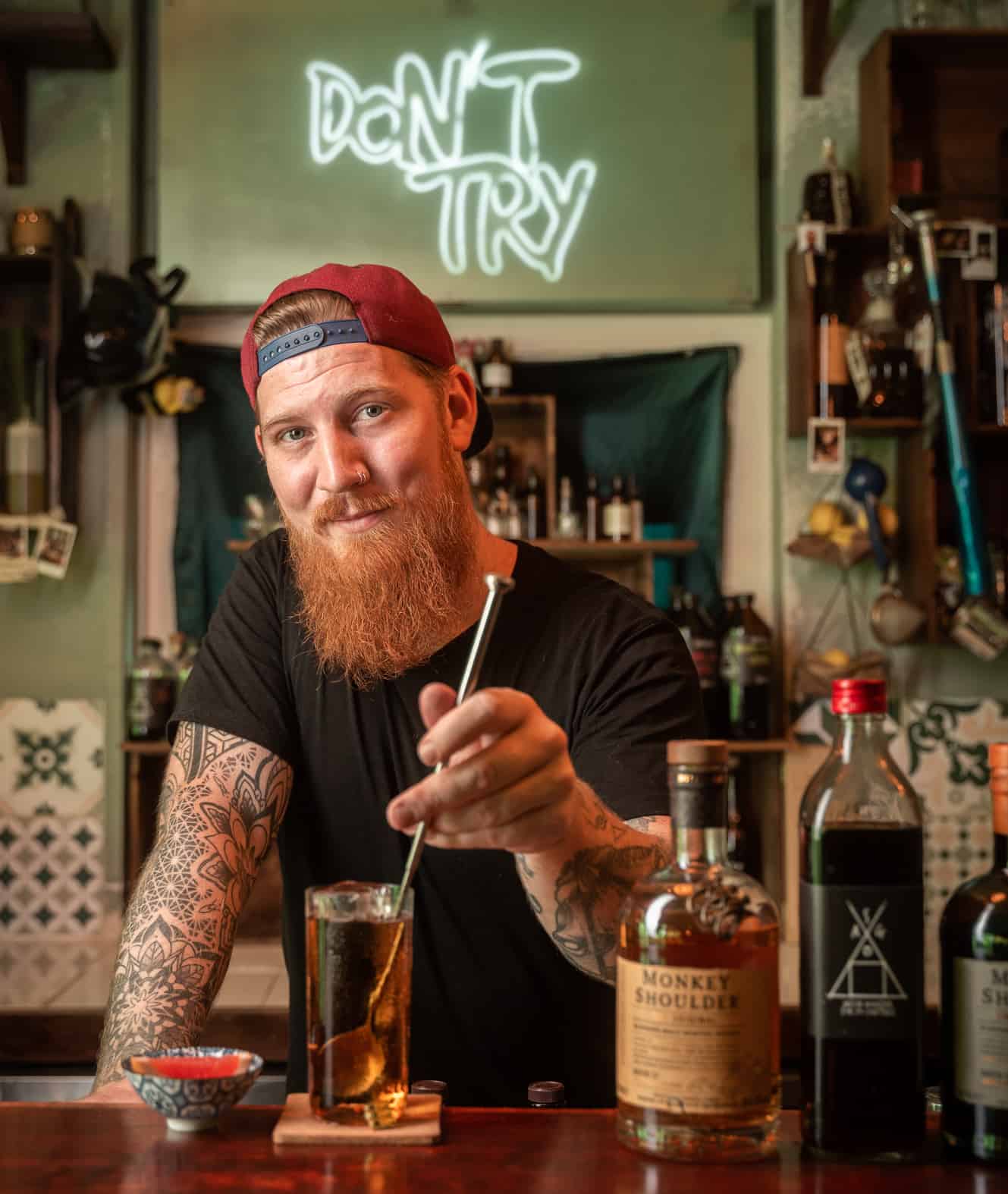 What to expect at Singapore Cocktail Festival 2021

Strap on your headphones. This year, the festival takes you to 36 bars, themed pub crawls and cocktail brunches inspired by music 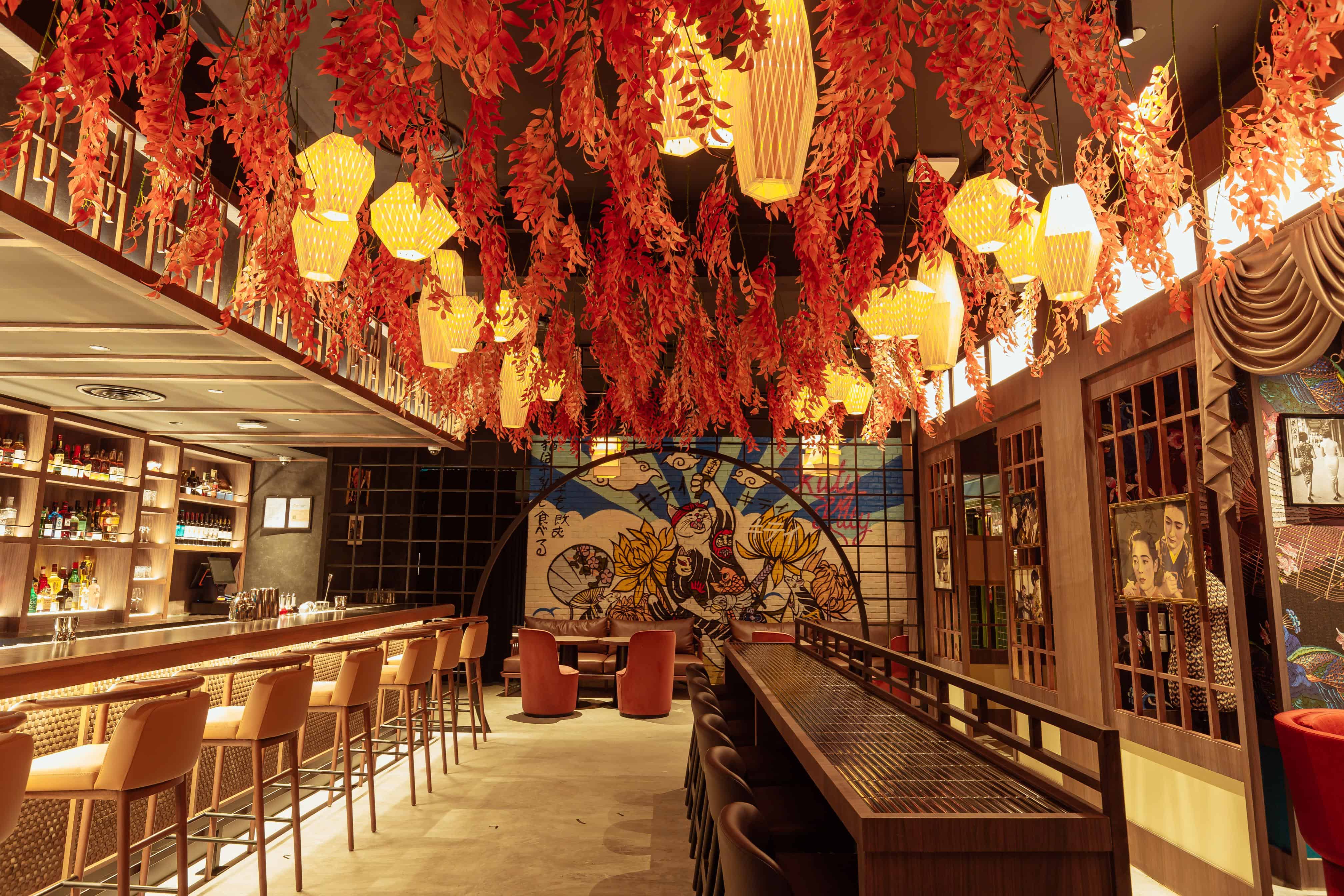 This October, quench your thirst at these old and new bars

Drinking in pairs is de rigueur. Here are four bars with the perfect ambience and drink culture to impress your plus one