Mac & cheese is the ultimate all-American comfort food. The humble dish of macaroni pasta engulfed in a thick cheese sauce has undergone various incarnations – layered with ground beef, lobster, drizzled with truffle oil or garnished with caviar. The first recorded recipe appeared in a cookbook in 1824, where the three main ingredients were cheese, macaroni and butter, all to be layered together and baked in an oven. This popular dish is so loved that it even earned a holiday in its honour; 14 July is known as National Macaroni and Cheese Day. The Lobster Mac & Cheese exudes a creamier taste by mixing Parmesan and cream cheese together. The elbow macaroni is al dente and the lobster meat is succulent and fresh. What amps up this dish is how the chef adds Ritz crackers on the top then gratinates the cheese until it is browned, contrasting against the softer and lighter mouthfeel from the pasta. 22 Gemmill Lane. Tel: 6221 4468 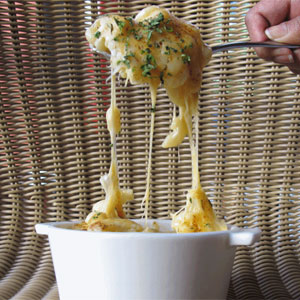 The macaroni in Meat Smith’s Bacon Mac & Cheese is soft to the bite and has a rather smooth texture. Crunchy bacon bits complement the tubed pasta and thick and gooey cheese without being too overpowering. At press time, the restaurant has since changed this dish on their menu to Mac & Pimento Cheese, but judging from the quality of their bacon version, the alternative looks promising. 167/169 Telok Ayer Street. Tel: 6221 2262. Book a table at Meat Smith with Chope.

Their Good Ol’ Fashioned Mac & Cheese proves that there’s nothing wrong with sticking to a satisfying classic – just pasta and Mornay sauce topped with Parmesan cheese and scallions. The smooth, creamy and mild-tasting sauce, along with tender pieces of macaroni make it easy to scarf down an entire large portion without feeling overwhelmed. #01-06 One Fullerton, 1 Fullerton Road. Tel: 6423 0701. Book a table at OverEasy with Chope.

This indulgent mac and cheese features mini fusilli and three different kinds of cheese – fresh Parmesan, buffalo mozzarella, and smoked mozzarella cheese. The sweetness from the pumpkin shell it’s gratinated in balances the pungent, savoury cheese. There is also a hint of nutty aroma, due to the addition of nutmeg. 40 Duxton Hill. Tel: 6866 1988 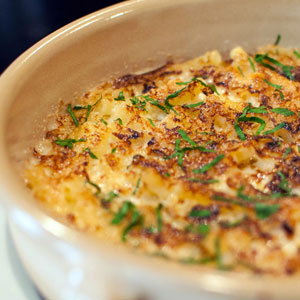 This grill restaurant has gotten the formula of an ultra oozy mac & cheese down pat. Their popular Bedrock Mac n’ Cheese goes all out with Parmesan and crumbly Gorgonzola mixed with a thinner variety of macaroni, which is a better cradle for the cheeses. And instead of sprinkling breadcrumbs to produce a crust, which tends to soak up too much liquid, Bedrock uses Parmesan for that additional toasted cheese flavour. #01-05 Pan Pacific Serviced Suites Orchard, 96 Somerset Road. Tel: 6238 0054

This international steakhouse has tweaked its macaroni and cheese for Asian palates. Instead of the popular Velveeta lobster signature served in America, this version employs a blend of Cheddar cheese for creaminess, blue cheese for sharpness, Parmesan for a salty tinge and Pecorino for aroma. Shell pasta with deep crevices cradle this rich, savoury blend. Level 4 Marina Mandarin Hotel. Tel: 6336 9093. Book a table at Ruth’s Chris Steak House with Chope. 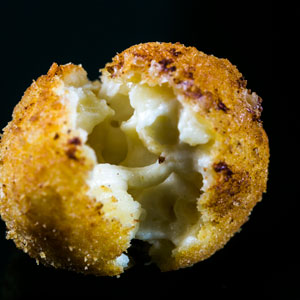 Instead of a traditional casserole-baked dish, the spiffy bar ups the ante with their scrumptiously satisfying Truffle Mac & Cheese Balls. The orbs of macaroni, béchamel and three cheeses (the varieties used are a closely guarded secret) are covered in panko crumbs and deep-fried till golden brown, releasing fragrant whiffs of truffle oil with every bite. 28 Hongkong Street. Tel: 6533 2001 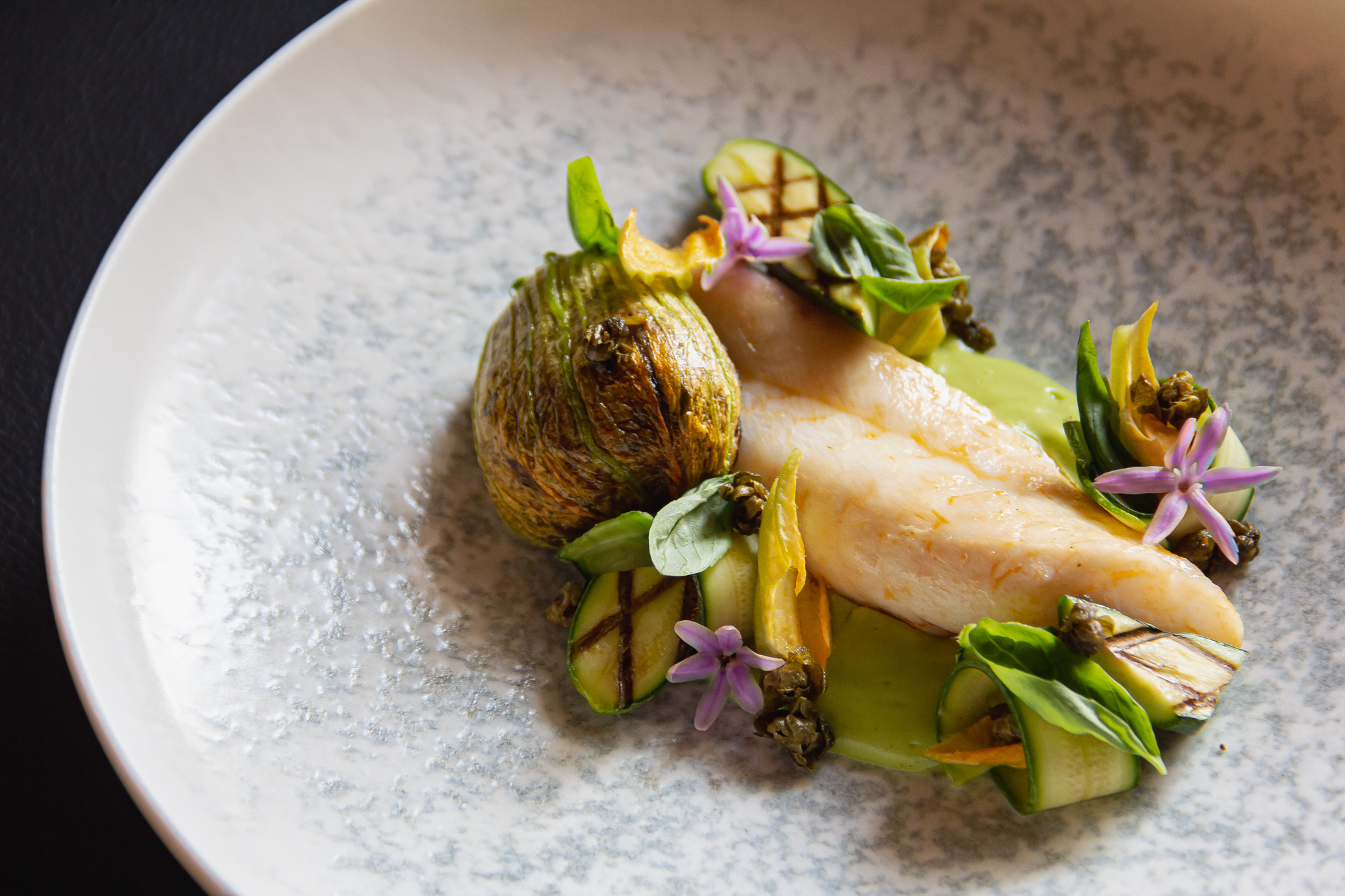 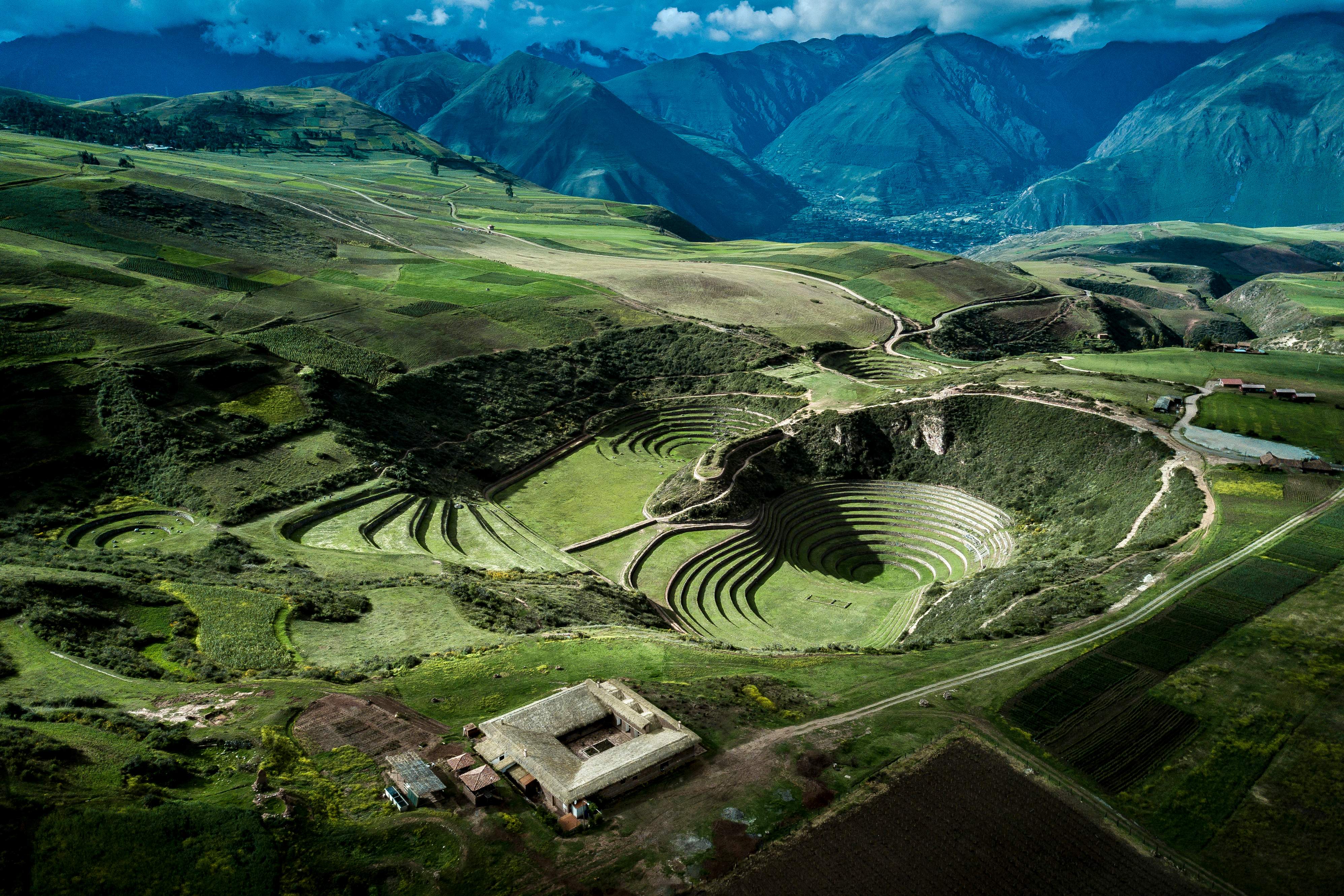